Heller Industries was announced the winner of the Circuits Assembly 2014 Service Excellence Award in the category of Reflow Soldering Companies.

The annual awards recognize electronics manufacturing services providers and equipment, materials and software suppliers that received the highest customer service ratings, as judged by their own customers. The awards were presented at a ceremony at IPC Apex Expo in Las Vegas.

"There were several new entrants in the Service Excellence Awards this year, which we take as a sign that companies value being recognized for customer satisfaction," said CIRCUITS ASSEMBLY editor-in-chief Mike Buetow.

Customers of SEA participants rated each company on a scale of 1 (poor) to 5 (superior) in five service categories and Heller had the highest overall score. 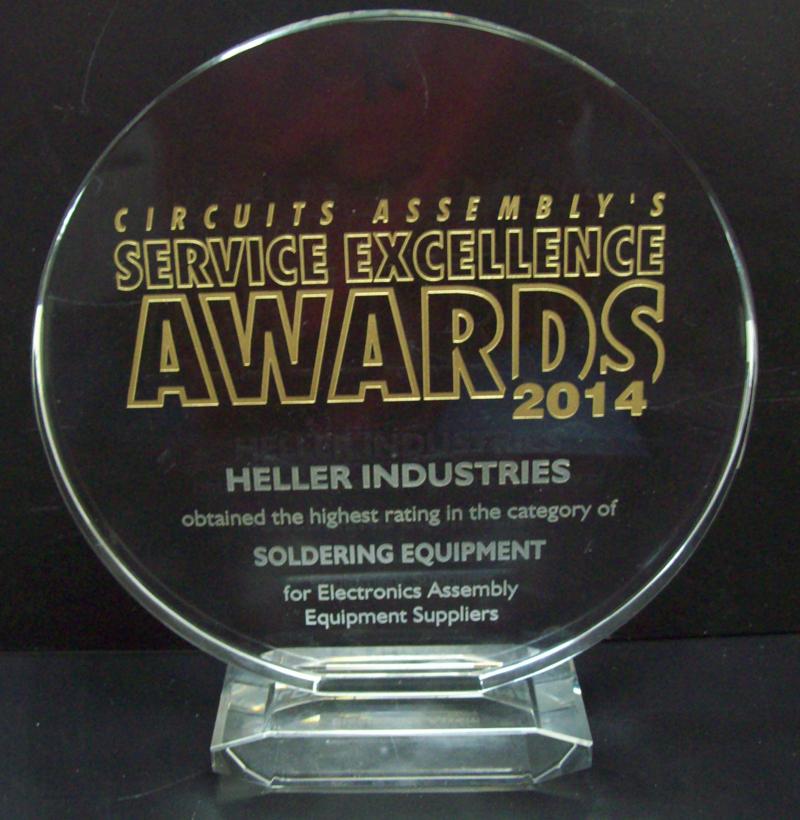